WALES’ oldest young farmers club were crowned the 2018 Pembrokeshire Young Farmers Club Rally champions after an impressive all round performance.

Hermon were successful in the Tug of War, winning both the Ladies and the Juniors and claiming the overall Tug of War trophy. Fishguard found success in winning the Pre-Rally competitions and Senior competitions. However the day belonged to Clunderwen, who thanks to a series of impressive results across the board, including winning the club exhibit, scrapbook and dressing up a club leader, were able to call themselves Rally champions.

The busy YFC calendar continues as rugby, hockey, netball and ultimate Frisbee competitions all take place in the coming weeks. 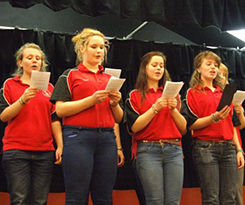